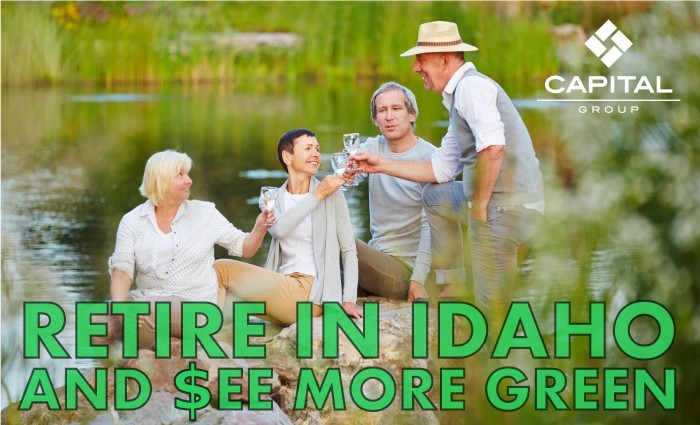 13 May Retire in Idaho and $ee More Green

More retirees are turning to the Boise, Idaho area for great quality of life. Turns out, many people moving here are also saving a lot of money. Not only is it an incredibly beautiful & fun place to live, Idaho also has a reputation for a low cost of living. Thanks to a recent article, we now know just how much cheaper it costs to live in the “Gem State.”

Where to Retire magazine examined living expenses for 100 U.S. Cities in its March/April 2015 issue.  The chart looked at the costs for housing, food, clothing, health care, utilities and miscellaneous goods and services. According to the results: you can move to Boise from nearly anywhere else in the country and save money!

Data courtesy Where to Retire  Magazine.  Chart by www.capitalgroupco.com/awesome

Other news outlets are noticing Boise as well.  For the past several years, Forbes has ranked Boise as one of the 25 Best Places to Retire, highlighting Idaho’s good economy, low crime and high rankings for walkability and bicycling.  According to the Boise Valley Economic Partnership, Boise’s cost of living is 94.7 percent of the national average, and average home costs in 2014 were 86.5% of the national average.  Bankrate.com recently listed Idaho as the #4 place in the country to retire, based on low crime rates and good weather.

Out of all cities compared in the Where to Retire article, only six had a slightly lower cost of living than Boise.  Published since 1992, Where to Retire magazine is considered an authority on retirement relocation.

Are you thinking of moving to, or investing in, Idaho? Capital Group’s experts can help you buy or sell a home, rent an apartment, or find/build/manage an investment property!  Contact us today at 208-639-1717 for help!

Boise is Idaho’s dynamic Capitol City. Ann Morrison Park is in the foreground, followed by Downtown and the Boise Foothills.